Last night the dragons were out. Even with my eyes shut I sensed the flash of their fiery breath swaddled in my sleeping bag. The echoes of their roars resounded all across the valley from Moelwyns to Manod, until eventually they rumbled away into the distance.
This morning the thunder had gone but it ws still raining, as befits a campsite in one of Wales’ best examples of temperate rain forest, otherwise known as the Vale of Ffestiniog.
The rain eased up before I reached the first climb, past the station at Tan-y-Bwlch. Llyn Mair was quite still, with perfect reflections of the oak woodland on the hillside beyond.
It was too early in the day to see a train on the Ffestiniog Railway, though I did hear one before I started the descent to Garreg. Garreg has a wonderful shop/cafe, the sort that every village should have. I restocked on flapjacks, Anglesey sea salt fudge and other cyclist’s essentials while my coffee was being made. I even practised my Welsh. 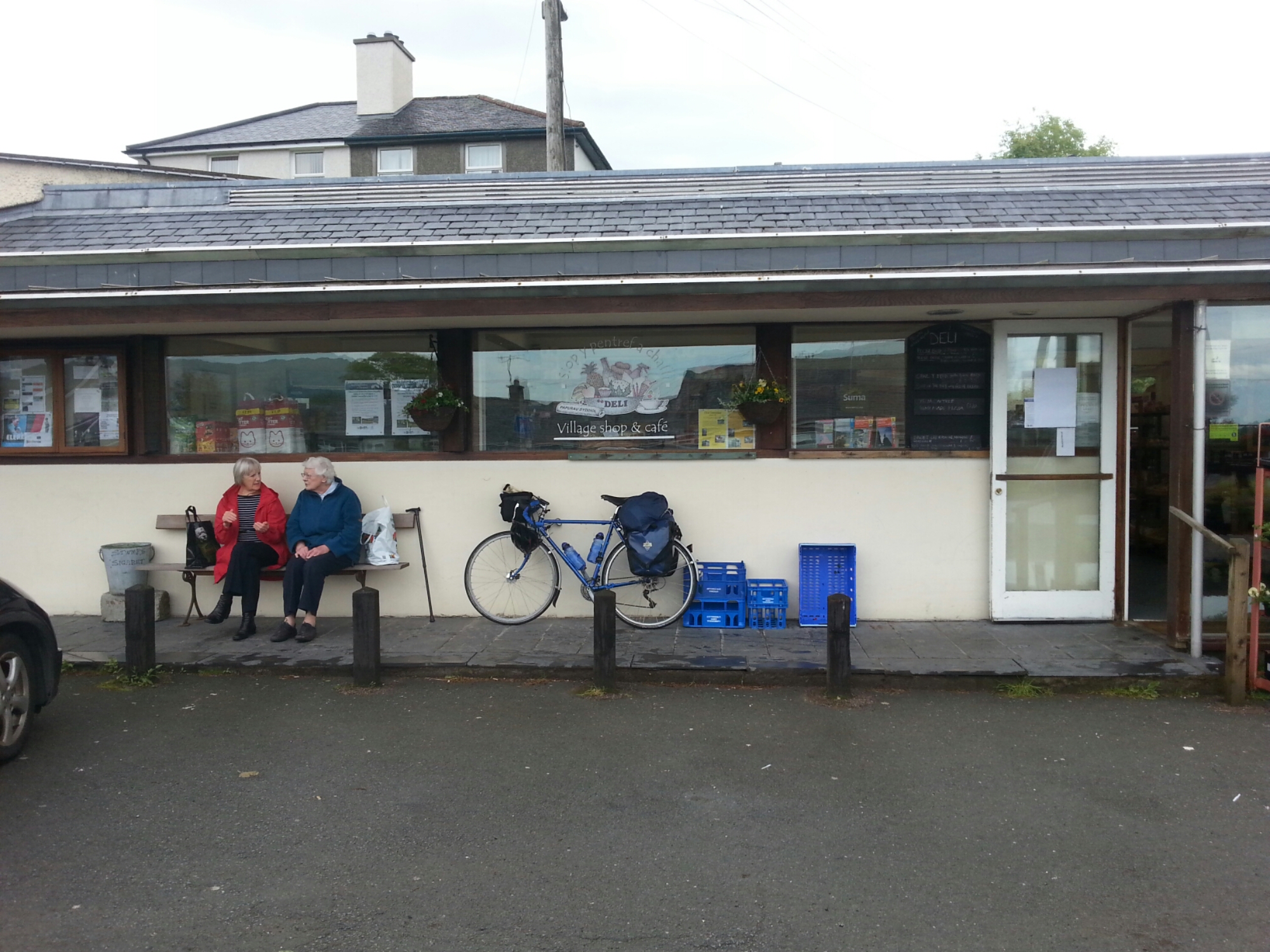 After leaving the cafe I saw one of the steel dragons that inhabit the Welsh Highland Railway and took a photo of it.
I also stopped to take one of the down train as it crossed the river at the top of Aberglaslyn pass.
Nant Gwynant was a lovely ride, and one of the highlights of the trip.  Unlike most other Welsh roads it had been engineered and is a steady gradient throughout, so much so that it would not be out of place in the Alps.  It was easy to get into a rhythm and enjoy the views – first Llyn Dinas, then Llyn Gwynant, the Glyders, Crib Goch and finally Yr Wyddfa itself, peeking through the dragons’ smoke.
After the zoom down Llanberis pass there was a glimpse of a modern dragon’s lair, the entrance to the Dinorwic power station. Inside the mountain is a cavern the size of a cathedral. I remember visiting when it was under construction and seeing a man sitting inside one of the Francis turbines fitting the rotor blades. This modern dragon can breathe xxGW at xx seconds’ notice.