And if you thought Neville’s quizzes were difficult, read on. Answers to Andrew please.

1 How many bikes are allowed on this 8 carriage GWR train?

2 From which “ecclesiastical” lane a number of Gromils routes have used can this folly be seen?

3 Which notorious crime is connected with Bridle Path, Whitchurch used by Gromils in November last year?

4 Which item of Indian aid to the UK is twice as deep as Nelson’s Common and situated near a cafe Gromils often use?

5 Which village on the “Visiting Mother Dunch” route features a famous car museum?

6 Which house is this, very close to a café Gromils have visited of the same name? It was lived in by Miss Beatrix, a rather eccentric gardener

7 Bit of a Google question but beware fake news; two people named Bowden made pivotal contributions to cycling around 100 years ago, what did they do?

8 At the bottom of somewhere; which place did Gromils come across this flood on 2nd March this year?

9 Which café Gromils have only visited around Christmas is near a house owned by Rowan Atkinson?

10 In which village is this manor on the “Flat White” route? Possibly a previous building was once owned by King Canute; no tide to test his powers here but near a significant river

OK, so maybe this isn’t really a flat white, but then this route isn’t totally flat either, just flat in parts. It does however have an opportunity to buy a coffee at the shop in Little Milton, even if your takeaway may not look quite like this. It would be a bit tricky to take away one of these on a bike anyway.

Photos, stats and stories welcome as ever.

Just to keep you amused and exercise your grey cells as you exercise your legs in the next couple of days, Neville has sprung a picture quiz on us.

Ten pictures, all from places we have cycled in the last few months and all near (but not necessarily on) this week’s route. The challenge is to identify the locations by sticking pins in a map.

It was good to hear how many people enjoyed the flat route last week, but now April is here it’s time to get those legs in shape for the summer. This one is an opportunity to exercise the calves on Streatley Hill, with either Whitchurch or Path Hill on the way home.

We tried to do the top part of this route twice last year, but were thwarted by road works. I certainly remember one occasion where we were blocked from turning left at Four Points and so cycled that part of the B4009 to the Ashhampstead turn for the first time.

This time you could take advantage of the quiet roads to turn left in Bradfield, then ride about 400m on the A340 before turning off through North Street to get to Theale. Unless we have an unforecasted downpour, Nunhide Lane should be in a fit state to ride.

Here are the official answers to the fiendish Clumps Cwizz:

And the winner…
will be revealed during the Zoom Tea Stop this afternoon.

To exercise the grey matter as well as your legs, here’s a little quiz. 15 questions, 16 images, all taken in the order the route was ridden. Click on the thumbnail to see the full picture and the question. Answers to Steve by Wednesday please.

No guarantee of a prize, but can anyone beat Neville the Cwizz Whizz? You don’t have to have ridden the route to answer the questions, so distant members can also enter. You’ll find it very useful to refer to ViewRanger and/or an OS map.

There’s a downloadable PDF if you feel the need to print and carry a reference copy with you. 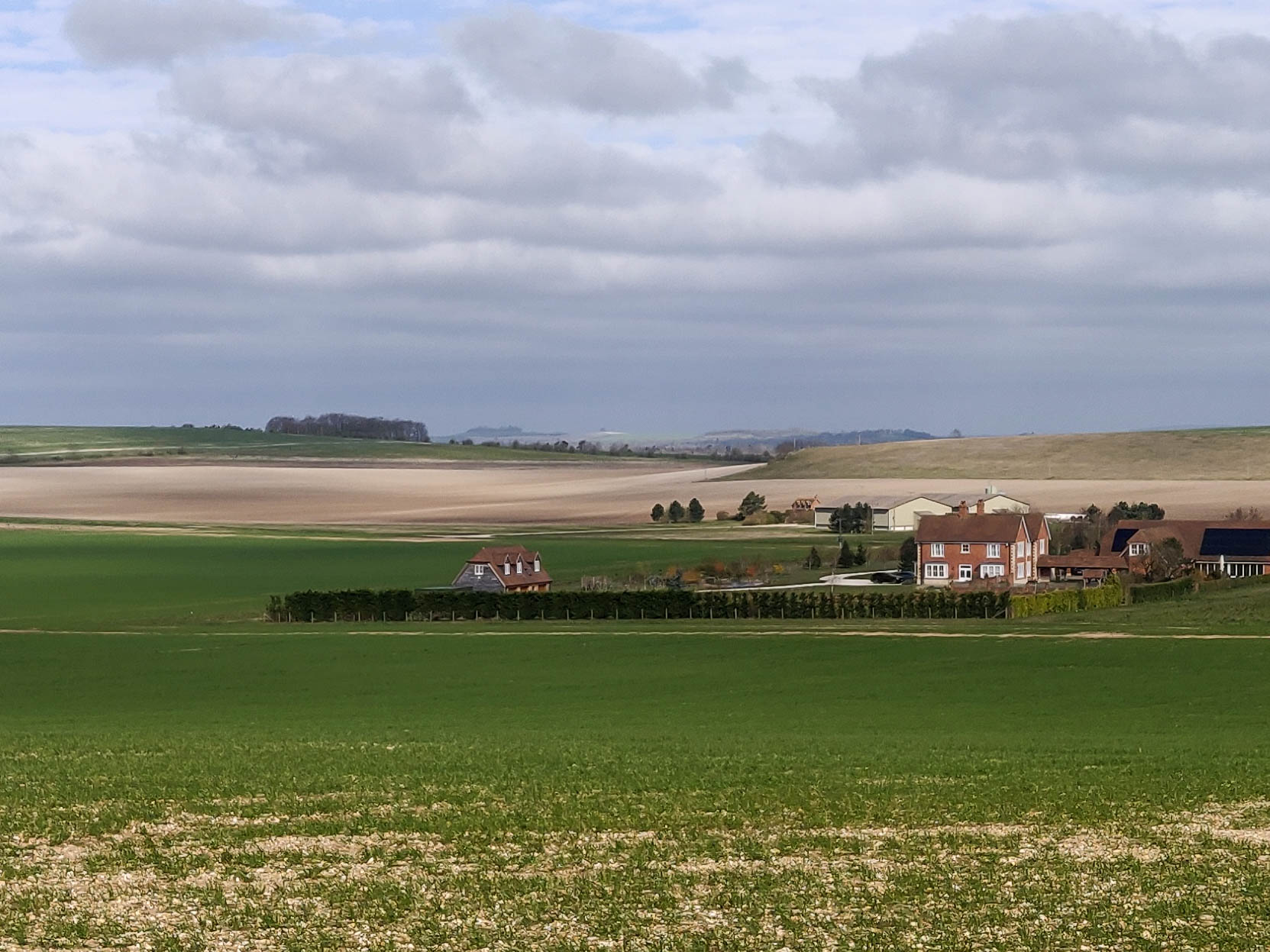 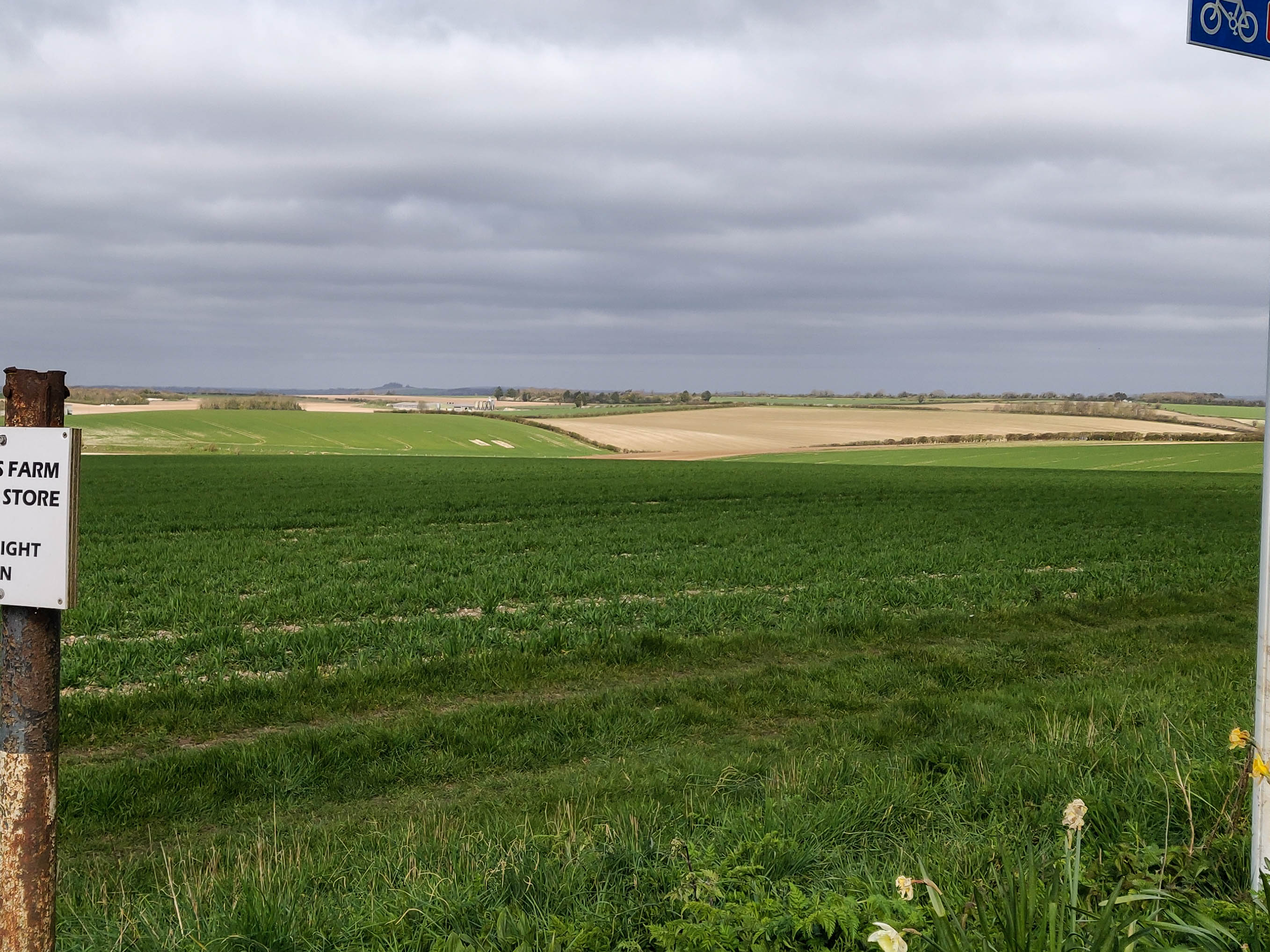 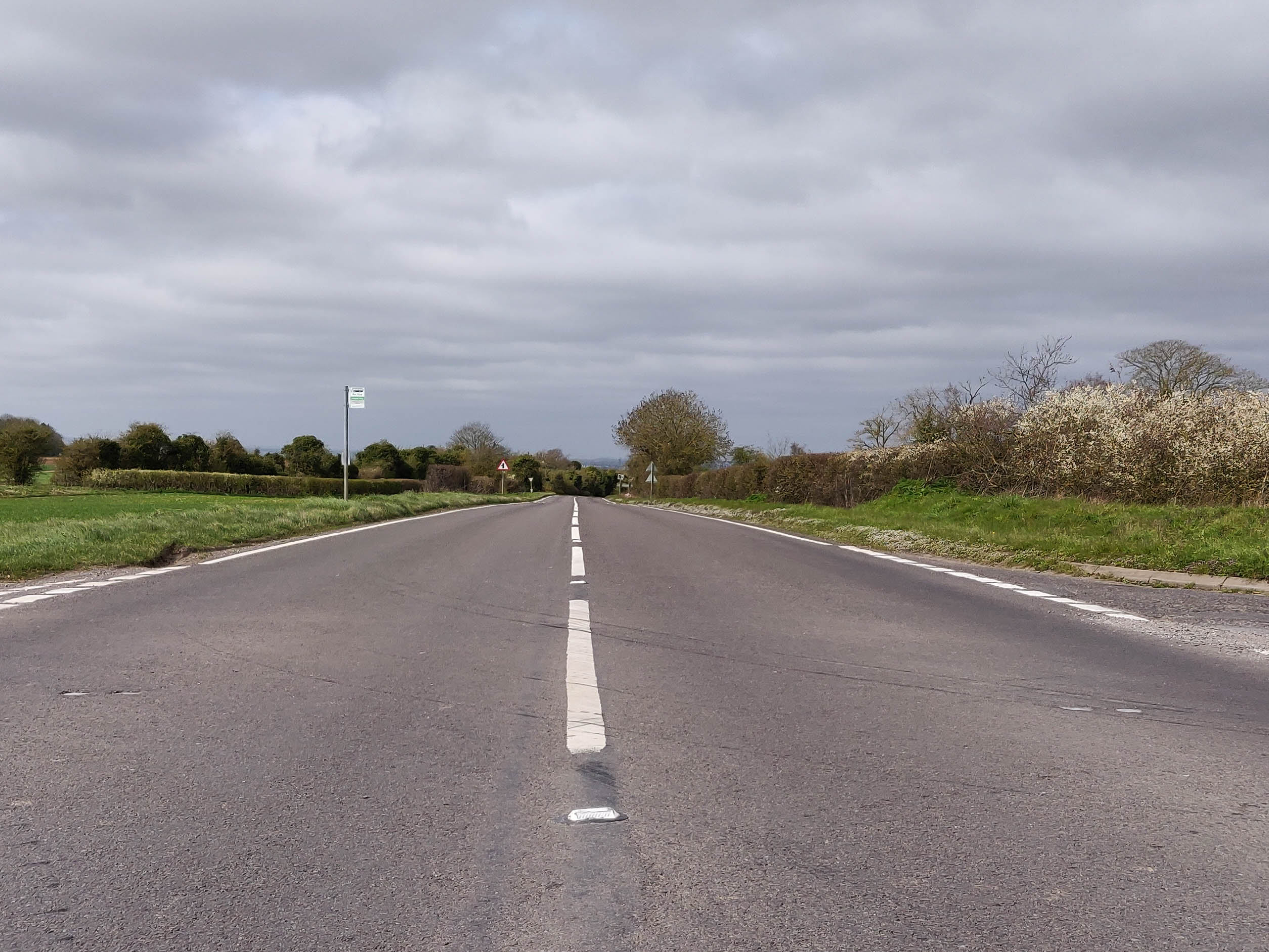 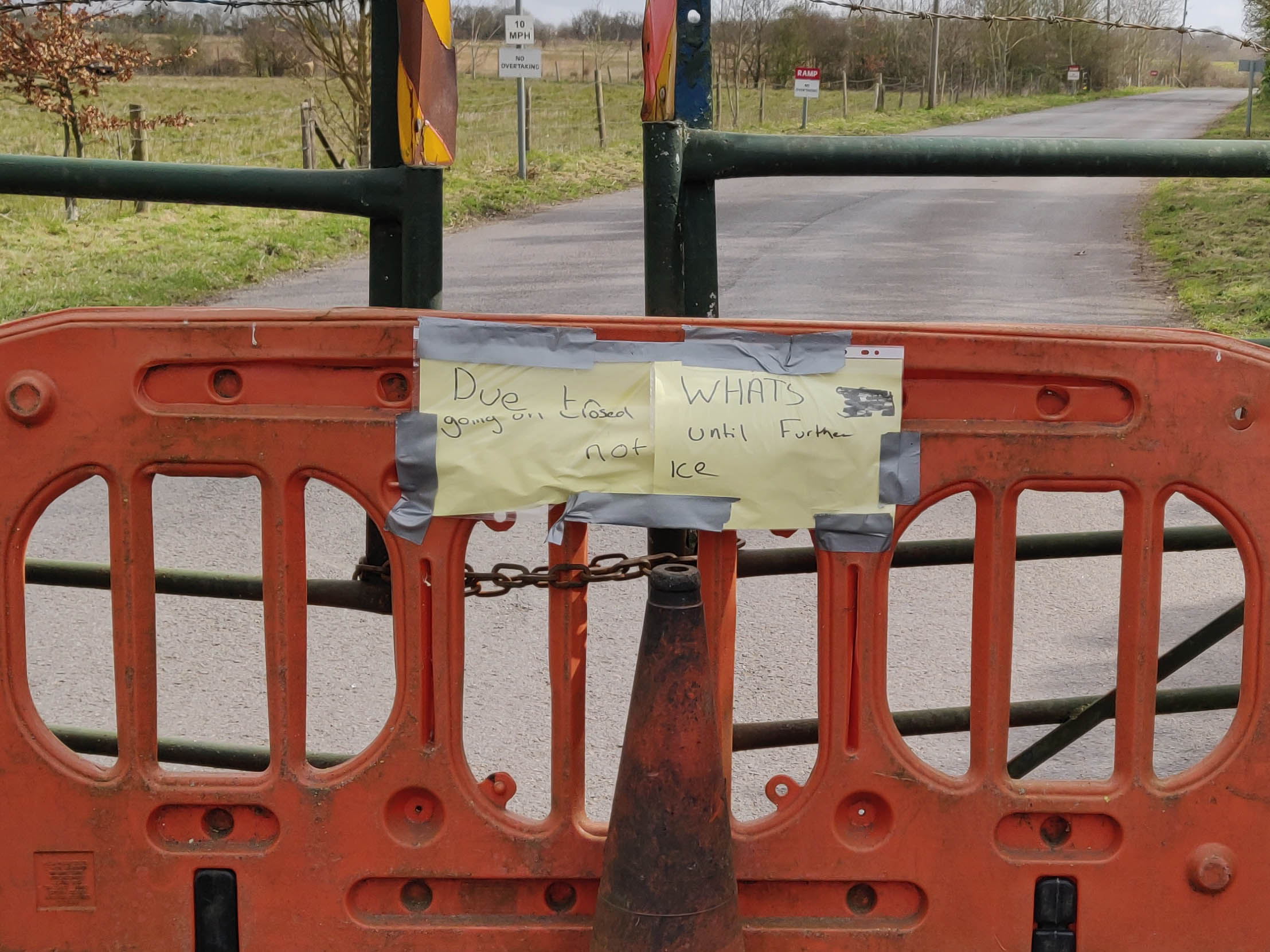 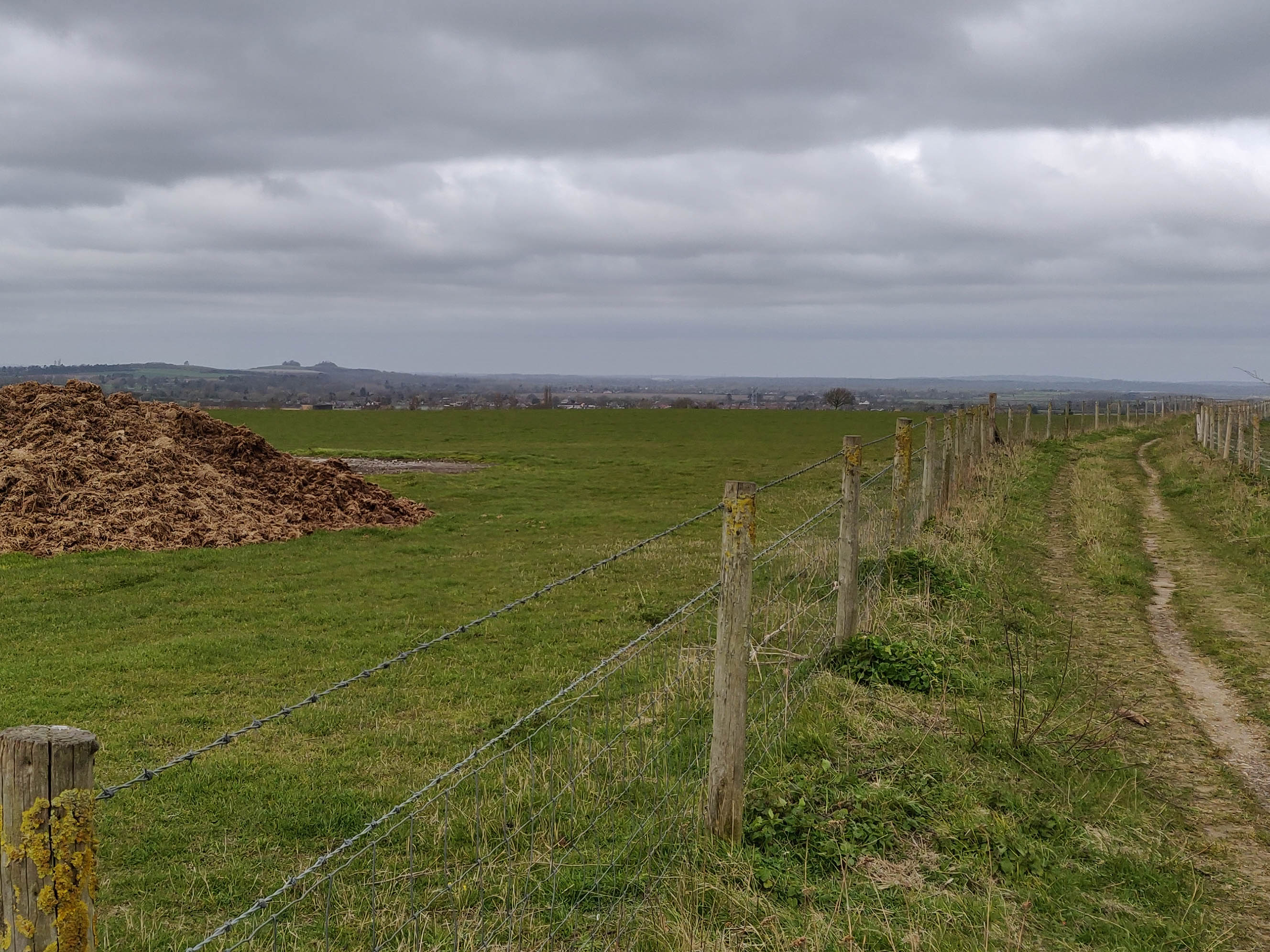 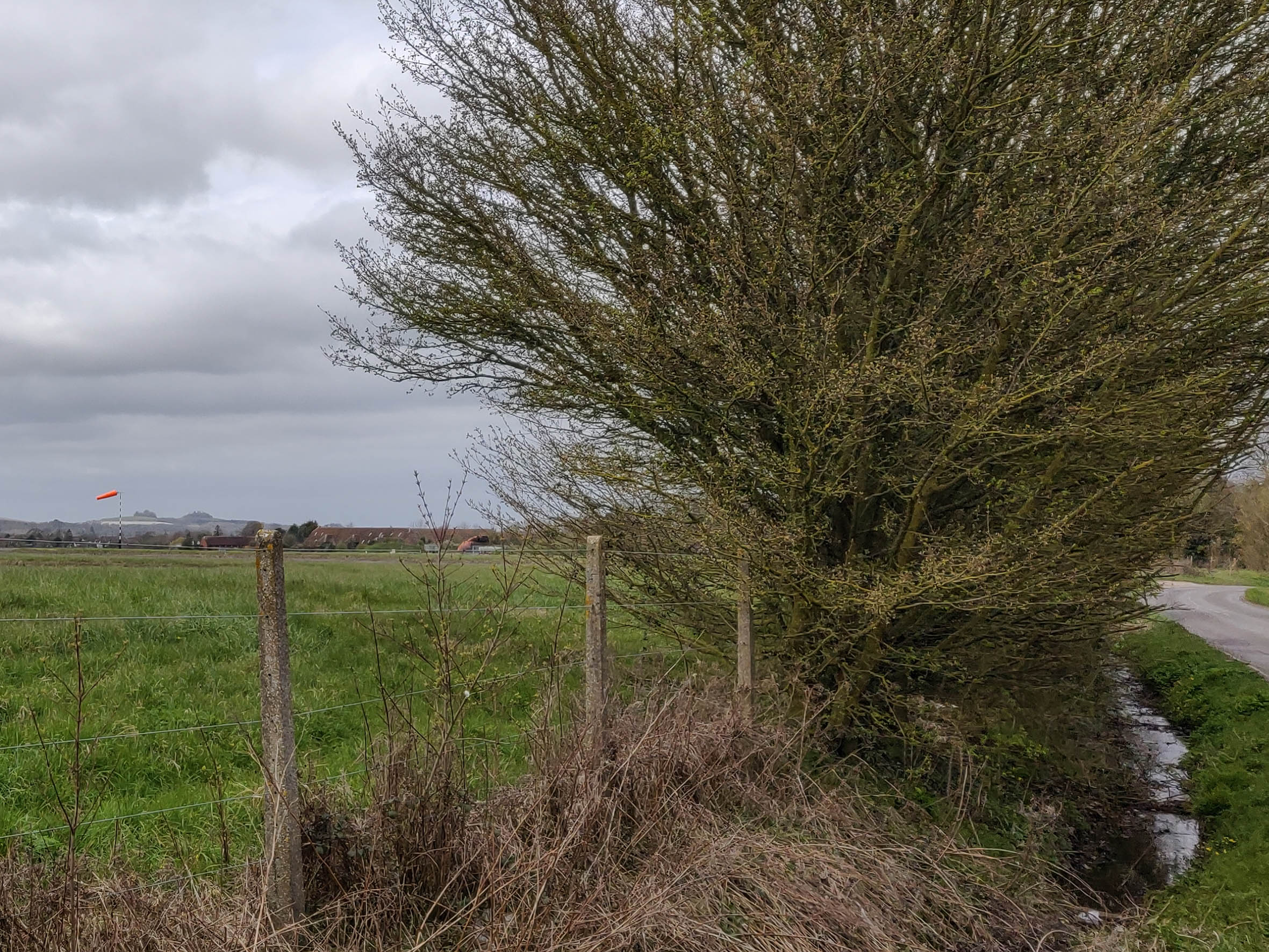 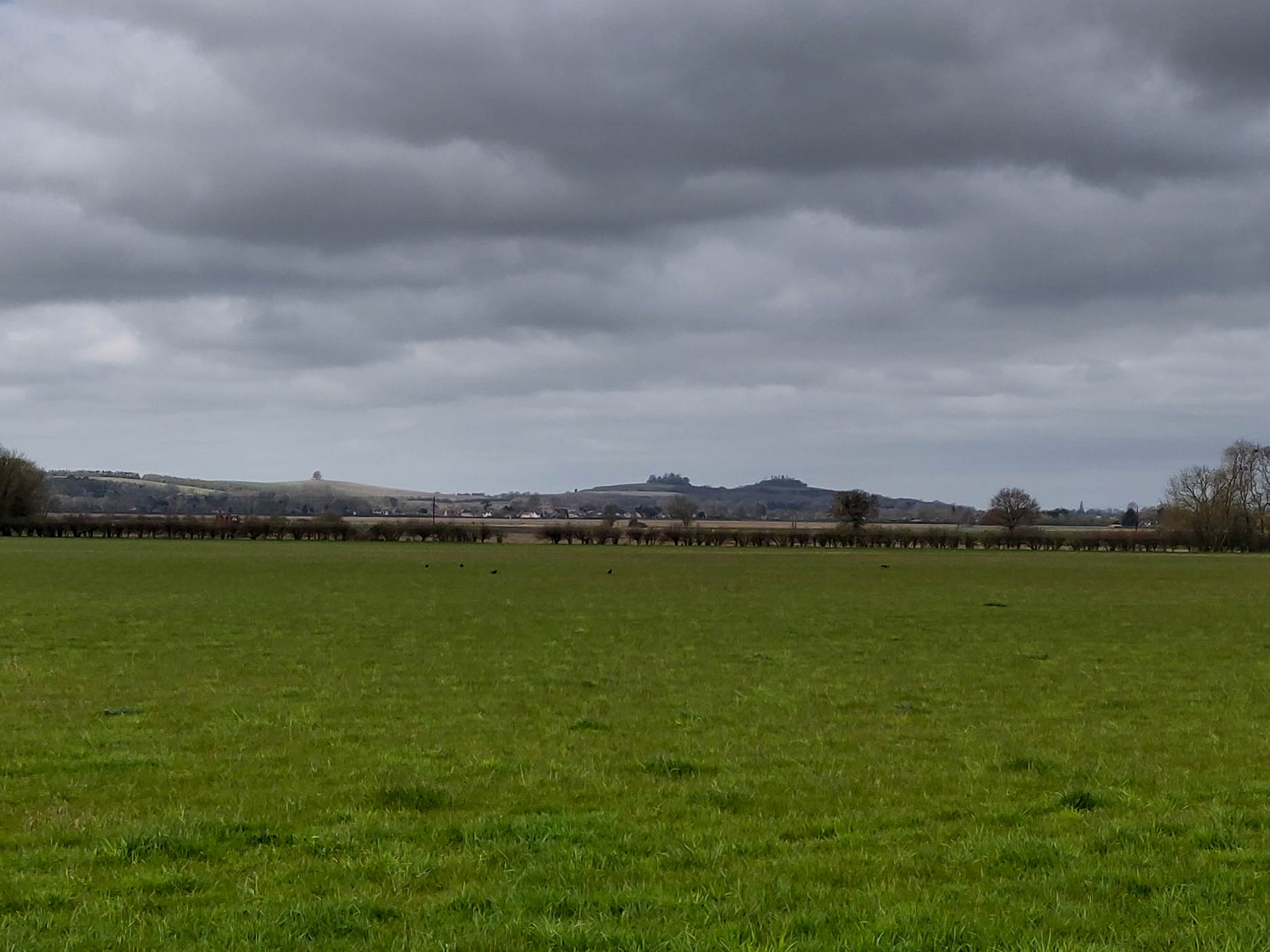 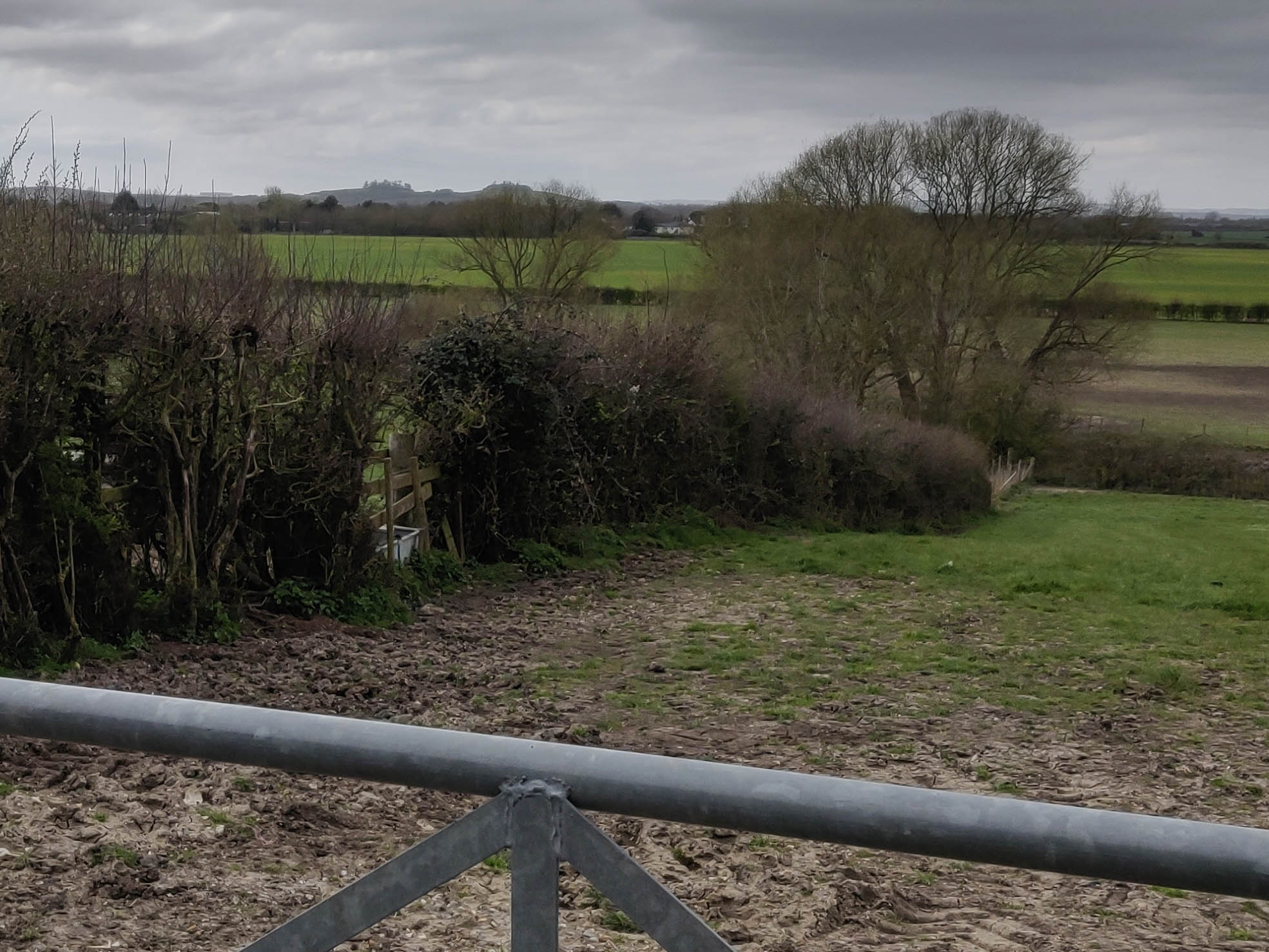 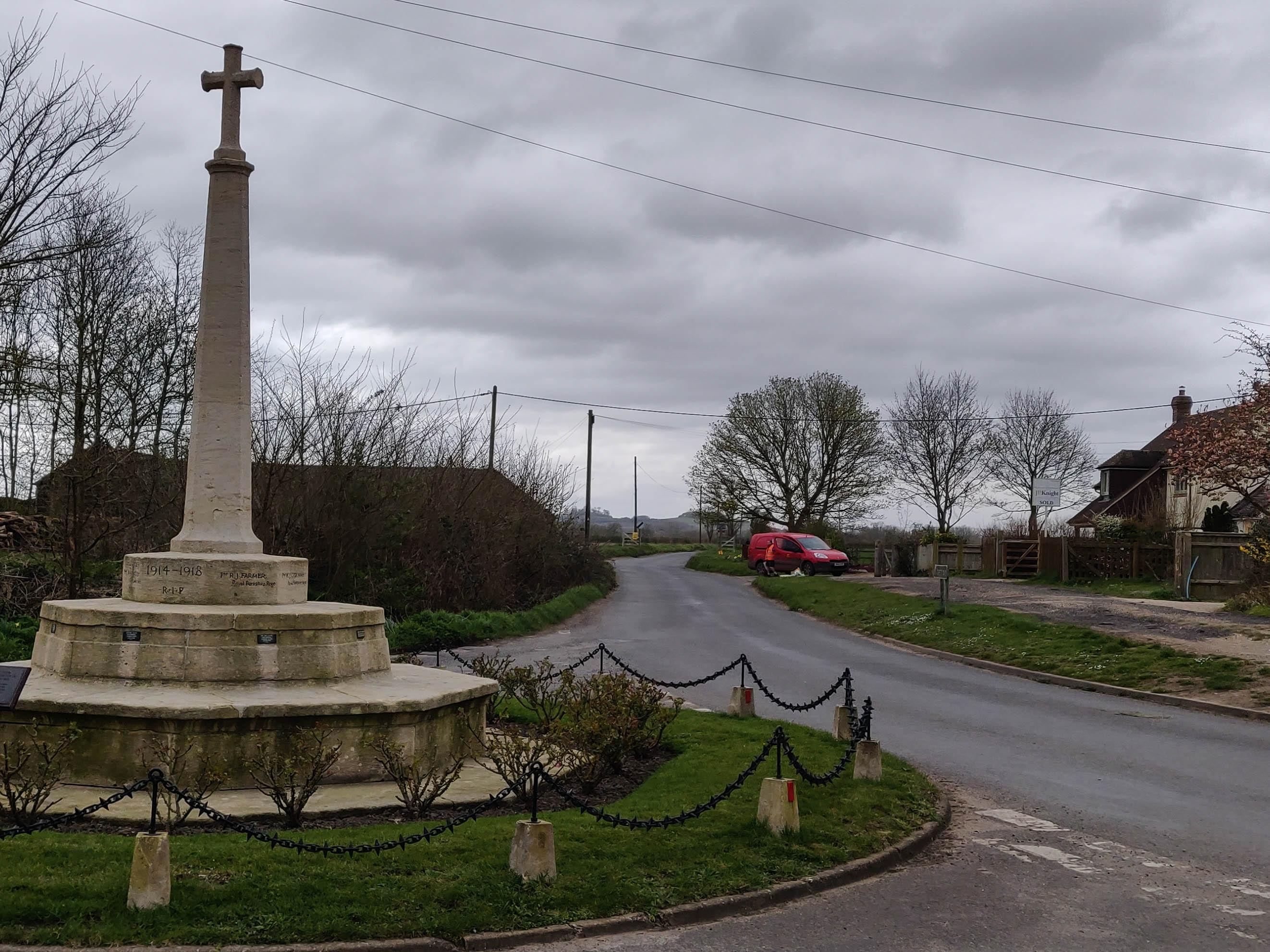 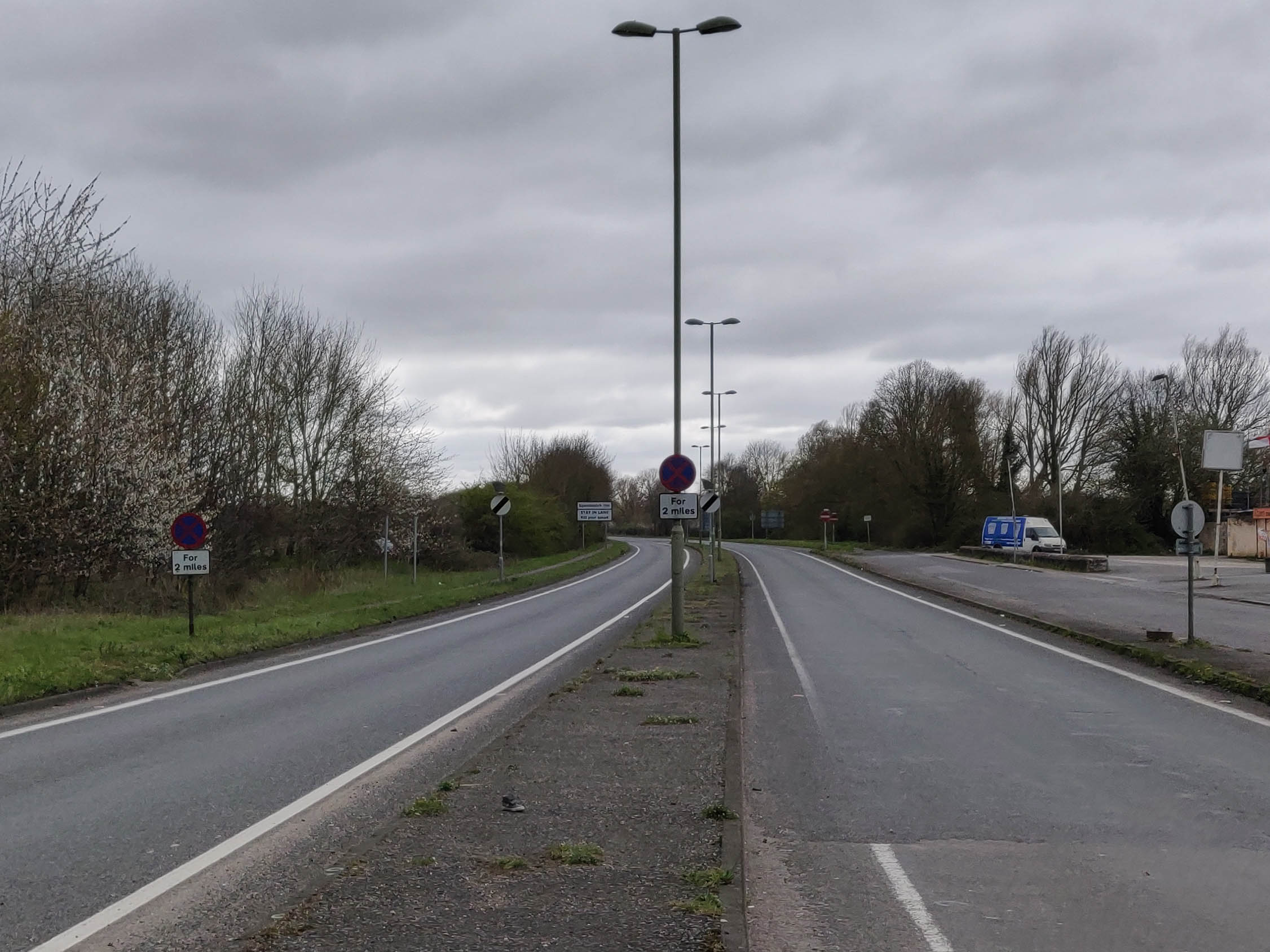 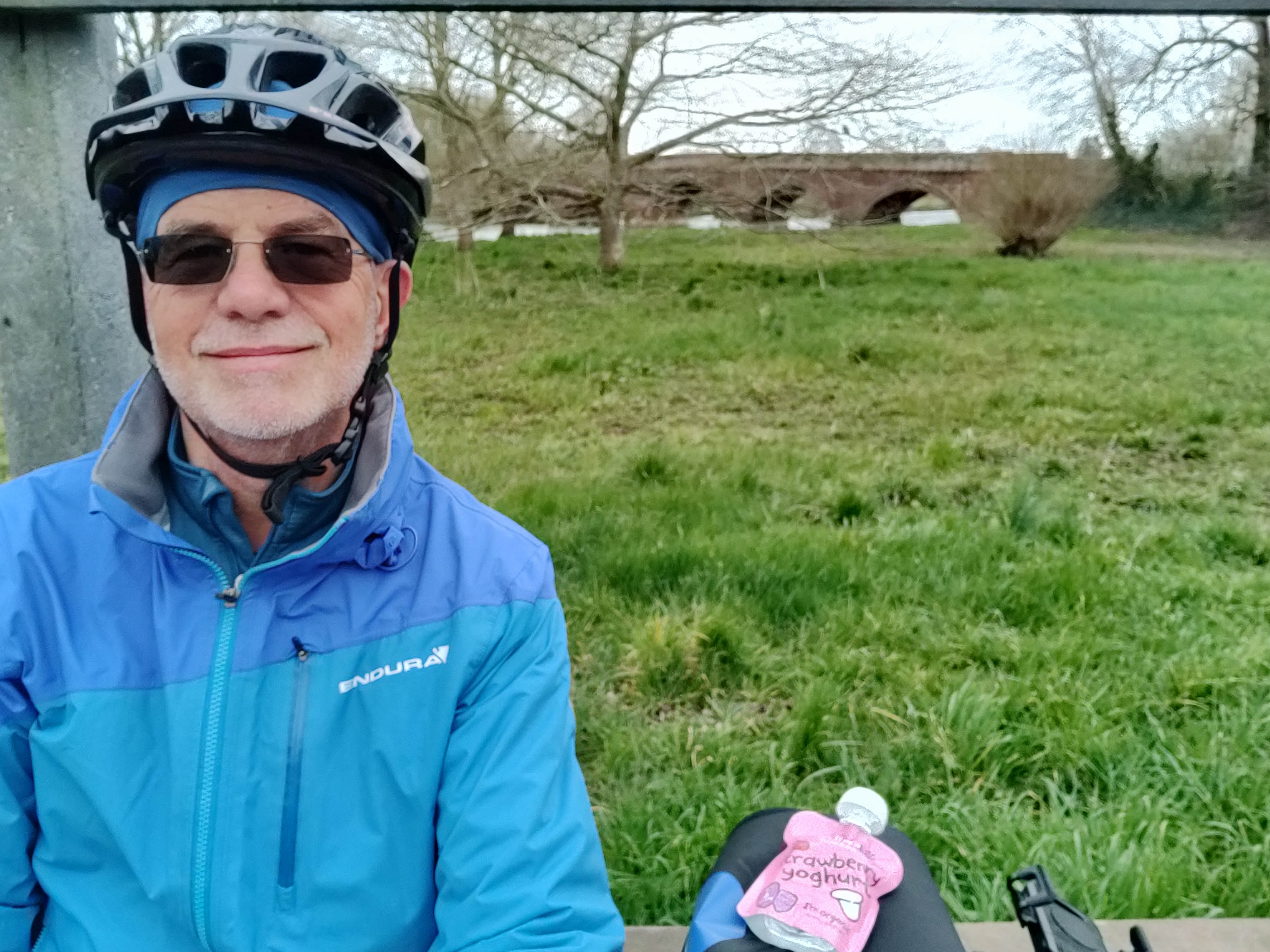 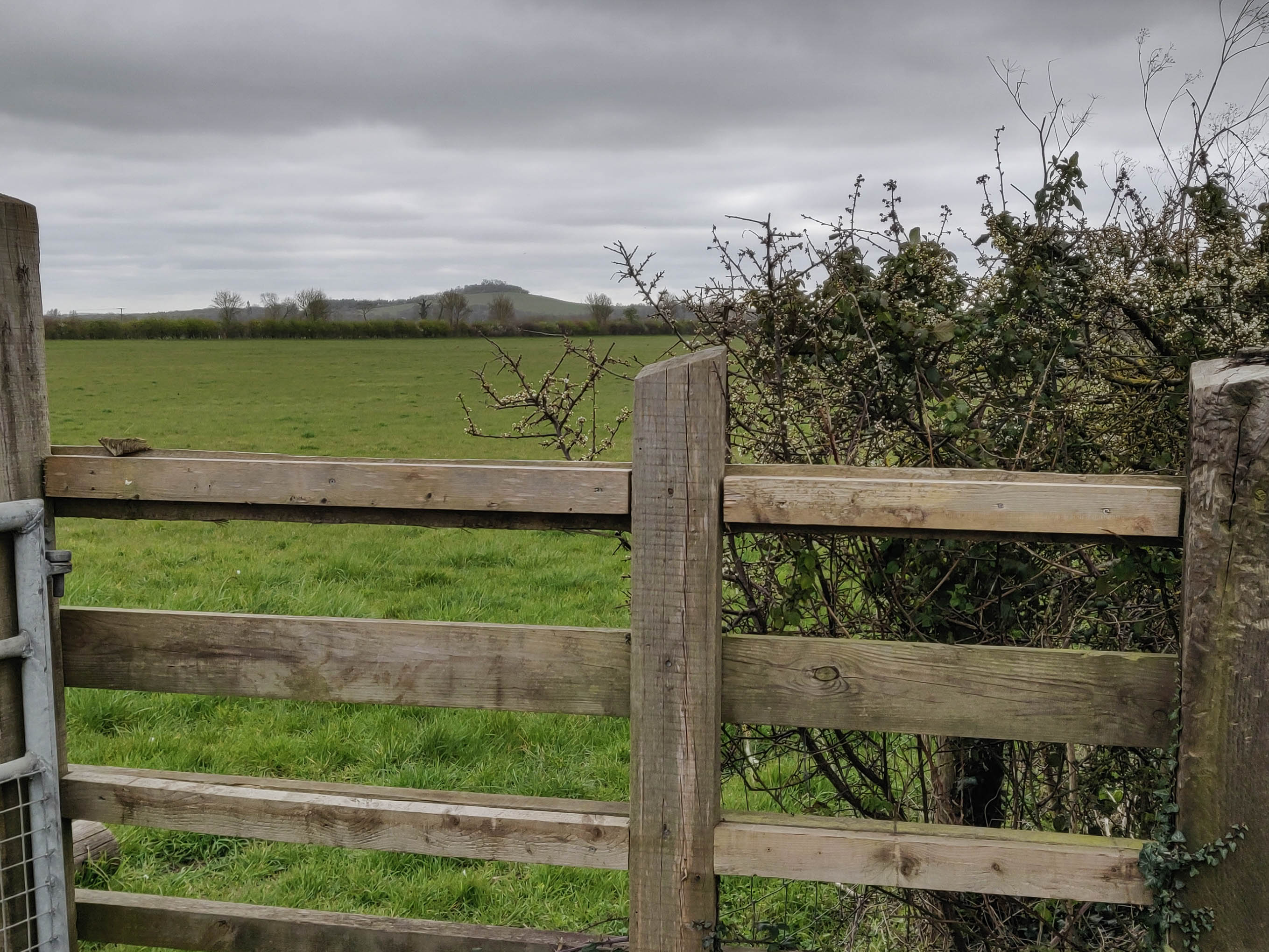 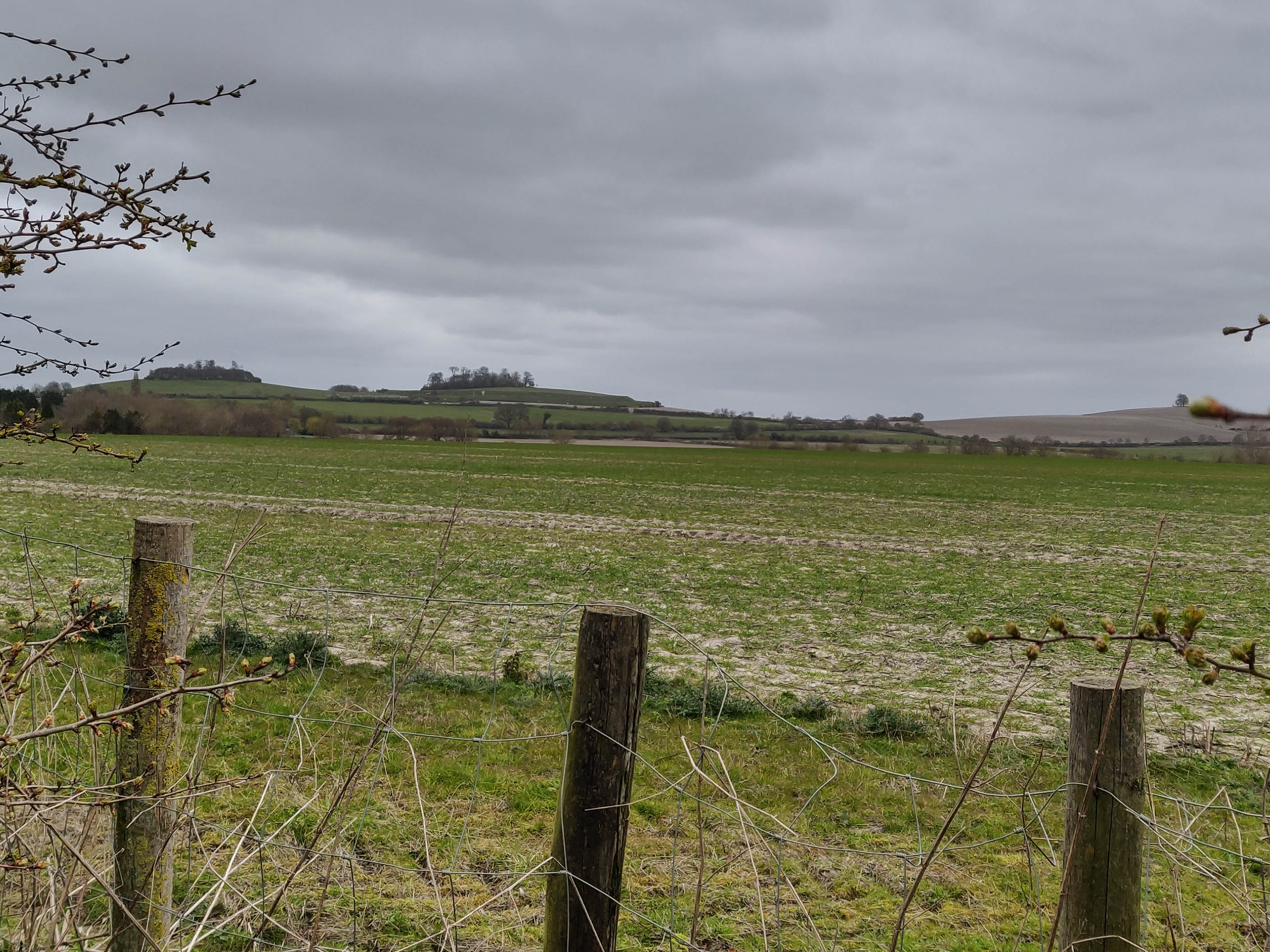 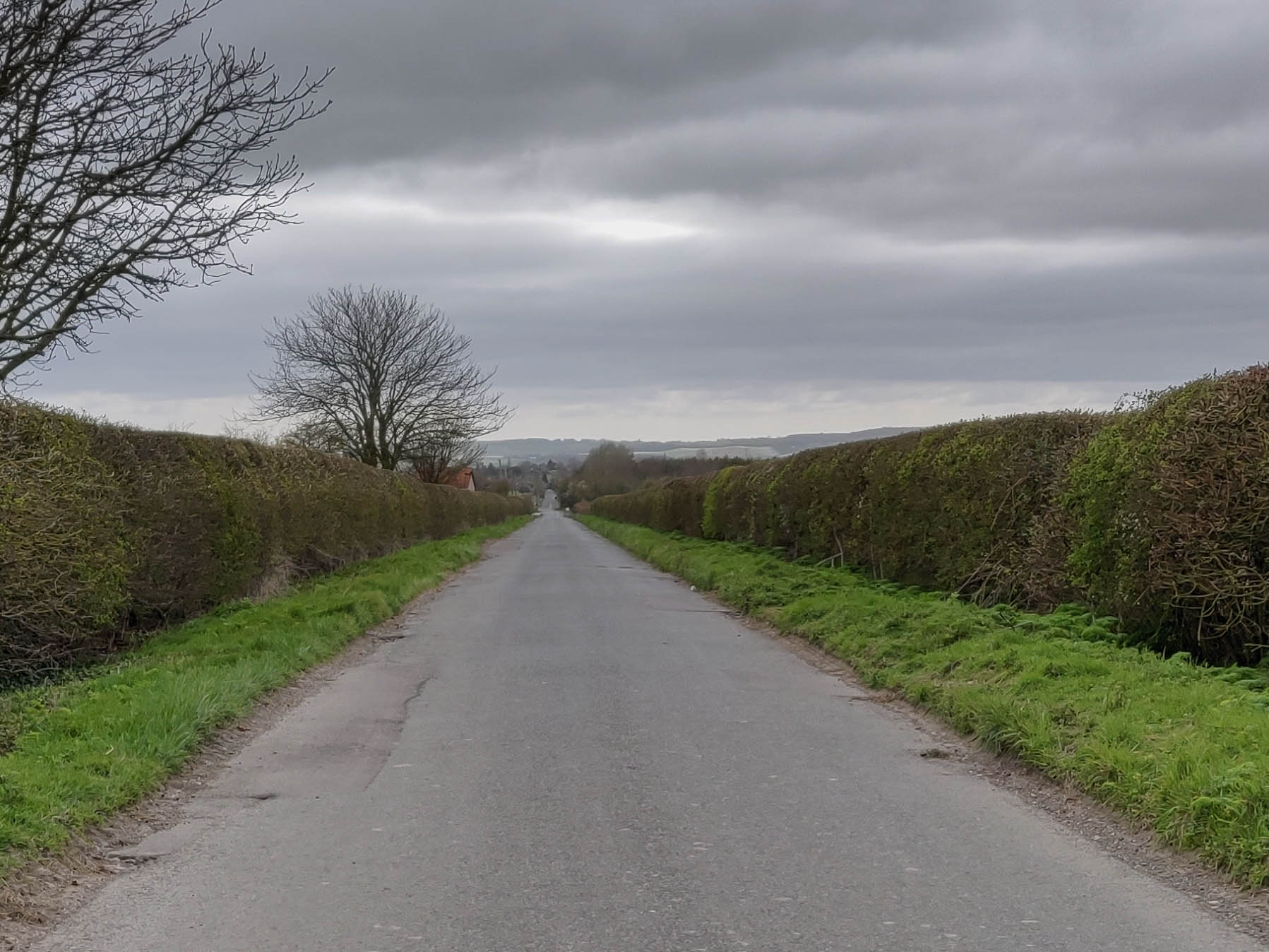 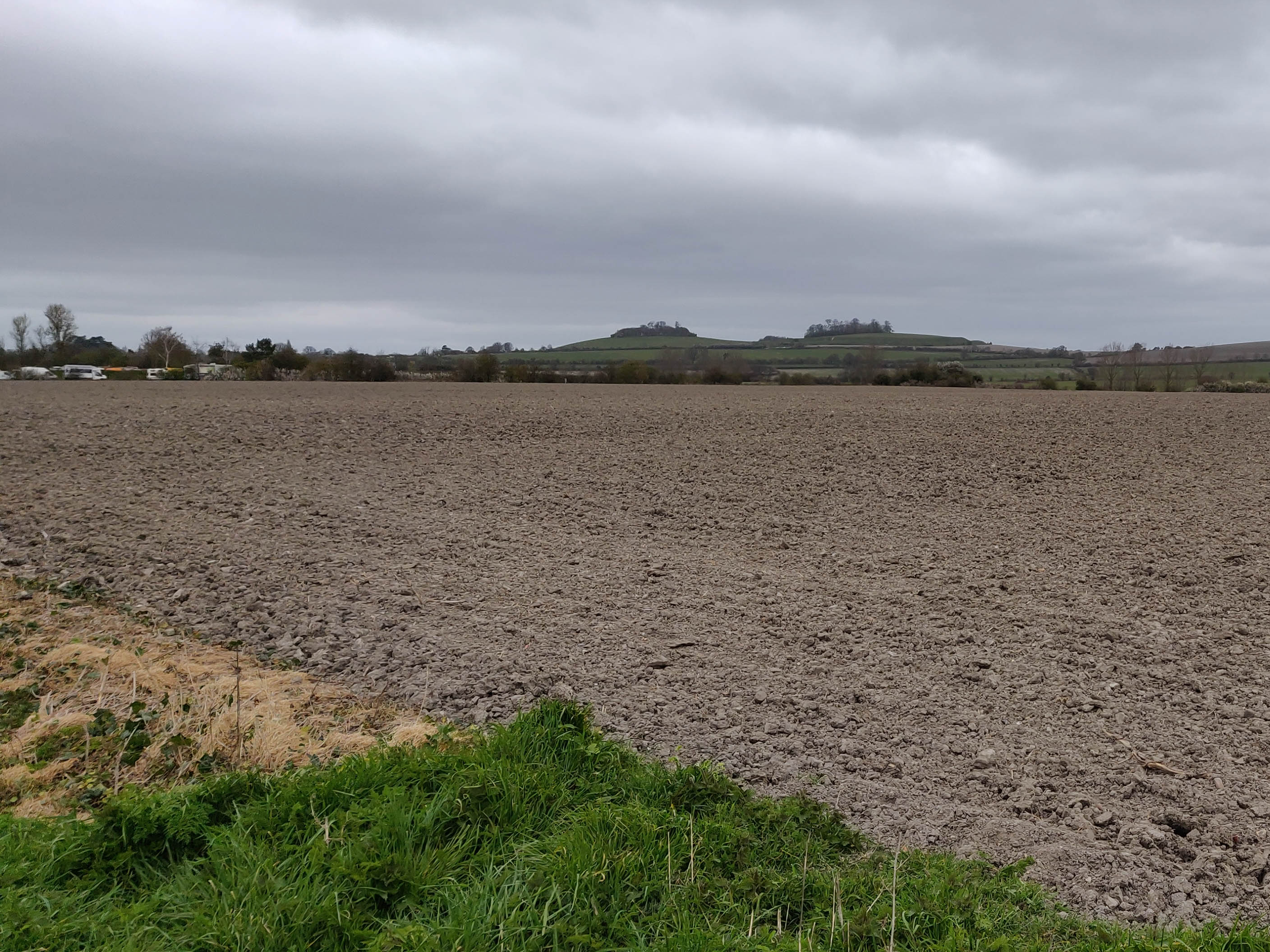 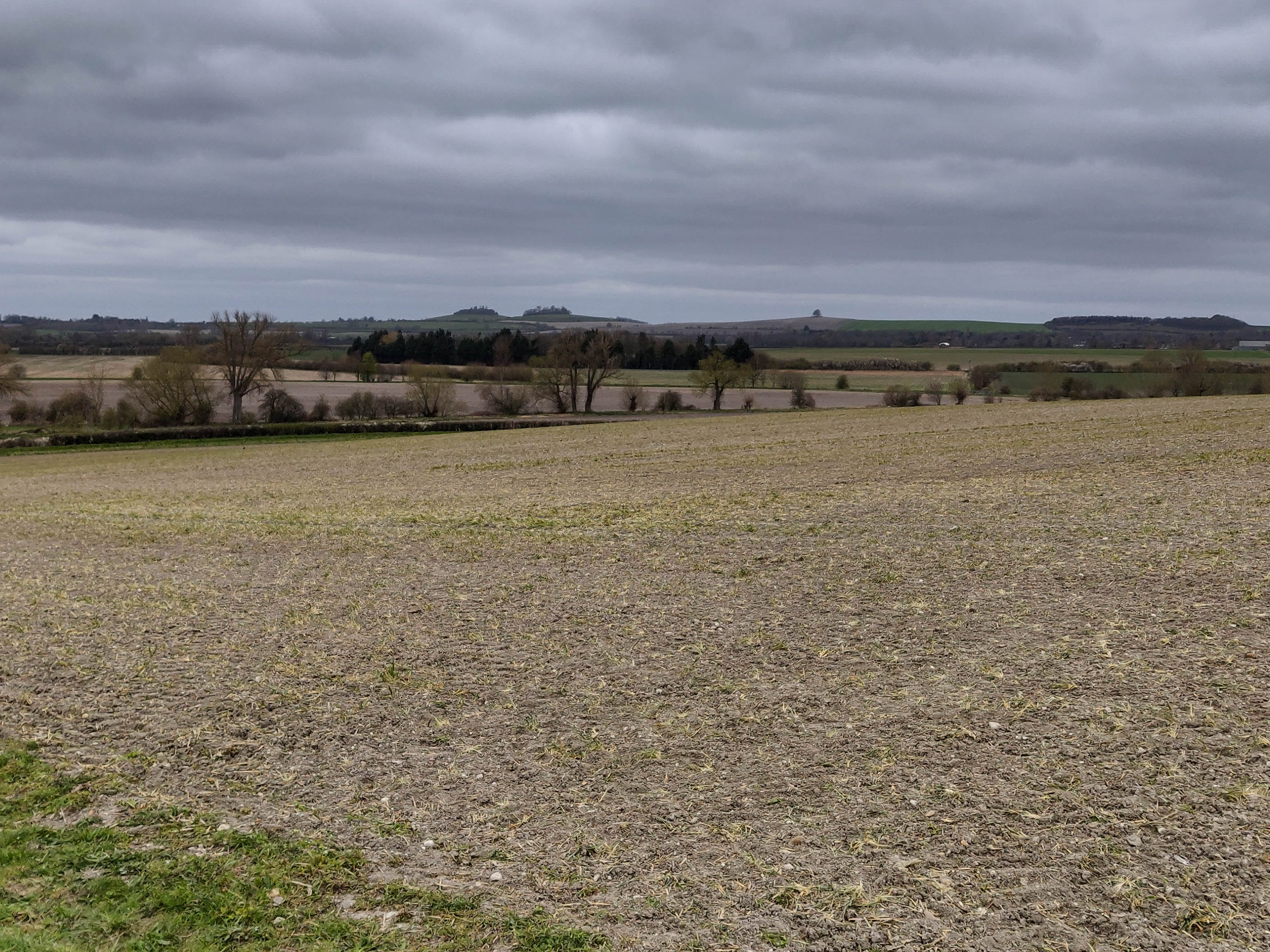 Week 2 of Lockdown, and we’re still allowed out once a day for exercise on foot or by bike. I suggest doing this one by bike. It’s the Tour des Clumps, a local Gromils classic, with an almost continuous but ever-changing view of our local landmark in this post-industrial (ie Didcot PS) world:

It’s what counts as a flat ride in these parts, having officially only 34 ft/mi of ascent, compared to 67 for last week’s ride (your Garmin data may vary).

Currently the forecast for Monday does not look too promising, and is likely to feature a NNE wind. I recommend riding the route anti-clockwise, so you get the best advantage of the wind across the Thame plain and along the Roman road between the Moretons. To reverse a route in ViewRanger, click on the menu and select Reverse Route before starting to follow it.

We’ve often in the past taken a shortcut across the Pooh Sticks bridge at Day’s Lock, but the A415 through Buscot should be nice and quiet (on the route as mapped). You could even take a short-cut crossing the A4074 at Berinsfield, missing out Dorchester completely – there’s certainly not much point in going to Lily’s Tea Room and back.

Like last week, send in your match day reports, stats and photos via WhatsApp, email or just via a comment below (Comments don’t appear immediately, as I have to verify they are not spam).

So a total of seven Gromils managed some bike-related exercise yesterday, without coming into contact with each other. For the benefit of future social historians (as if), this was the first day all schools were closed, and the day before the evening when prime minister Boris Johnson gave his “Stay at home, this is a national emergency” address to the nation on TV.

As luck would have it, our virtual Monday ride was already following the allowed rules for exercise – one trip outside the house, either alone or with a family member, staying at least 2m away from anyone else. On my ride I didn’t even get within less than 3m, the closest being oncoming cyclists on singletrack roads.

However only three intrepid souls managed the full route…

Alun went off in the opposite direction with Breeda, but gets extra kudos for the picture of the day

Andrew had the bright idea of doing half the distance, but with two people, and posted their stats.

Chris did two routes, though not both on the same day and neither going through Goring

Bix hill is evil – I walked a bit. I did get talking to a bloke called Andy at the Barn cafe on an electric bike. Used to work in the film industry. The bench is conveniently over 2m wide. Thanks for the route. Brilliant day

Simon followed the whole route, as far as we or he knows:
I must have gone wrong – didn’t notice any road closures! Many thanks for an absolutely stunning route apart from Bix Hill.
Sad about the barn – no-one there in the sunshine and no cake left by Nev

Neville was the first to do the route, evidenced by a photo from Turville Heath at 10:30

Steve would have followed the whole route, but for an unfortunate mechanical. But he did take a few pictures. Read on…

So exercise is good, both for physical health and mental health. Both British Cycling and Cycling UK (CTC) recommend it (they would, wouldn’t they?) and give some guidelines for safe riding in the Coronavirus world.

Although we’re advised not to ride together, it doesn’t mean we can’t do the same rides, so Nev and I agreed it might be an idea to publish a classic route that we can each do, then share our stats/stories photos. with luck I may even have enough routes stored to last until the end of lockdown.

Here’s a good one to start with. I don’t know if The Barn is actually open to visitors. You could still sit outside at one of their picnic tables – a safe distance from anyone else who’s there, obviously – or just ride straight past and save a quarter of mile off your journey.

If you don’t already have the ViewRanger app, you can download it for free from Google/Apple.

You can add your comments on the ride below. They may not appear immediately, as I think they have to be moderated (=approved) first by me, to avoid spam. If you have images, send them to me direct and I’ll post them, as we don’t have a slick way of doing that year. As it’s Pothole Week, we could even have a Best Pothole Picture competition.